RoboticTechnology is on the Cusp of a Revolution

It has been 65 years since Issac Asimov published I, Robot and Alan Turing introduced the Turing test in his paper “Computing Machinery and Intelligence”.  In that time the relentless march of technology has given us microwave ovens, communications satellite, the internet and mobile communications. However, the promise of practical robotics for the home and workplace has not been realized.

“The technology which has allowed the smartphone to make the leap from yuppie status symbol to omnipresent personal connected computer is also the foundation for the rise of intelligent, practical robotics”

Robots are used extensively in manufacturing to automate repetitive tasks. While this first generation of robots is capable of repeating a set of programmed actions twenty four hours a day seven days a week with virtually no failures, they are incapable of dealing with the type of unforeseen situations all too often seen in the world outside their ruthlessly controlled environments.

Robotics companies like Boston Dynamics (a wholly owned subsidiary of Google Inc.) have produced some extraordinary robots such as LS3 and Atlas. Funded by DARPA, LS3 is the size of a horse and can carry payloads of up to 180Kg over rough terrain on its four legs. Atlas is a two legged humanoid robot capable of negotiating rough outdoor terrain. While LS3 is currently being tested by the US Marine Corps, neither LS3 nor Atlas will likely step outside the bounds of the research lab, any time sooner.

Law enforcement and the US military use a variety of robots to complete tasks in areas too dangerous for a human. These small to medium sized tracked vehicles can provide remote surveillance and are used for explosive ordinance disposal (EOD). While these robots are in the main tele-operated in more or less the same way as the $100 remote controlled cars sold in every hobby shop, they are all too often stopped in their tracks by some unforeseen situation; a pair of pantyhose or an ironing board have proved to be the downfall of a $150,000

law enforcement robot requiring one or more persons to be put into harm’s way. The most extreme example of this is the requirement for a person wearing bomb suit to approach and examine a live explosive device at close range for no other reason than the available EOD robots are unable to deal with the placement or construction of an improvised explosive device (IED).

In the words Obi Wan Kenobi, “These are not the droids you are looking for.”

To be truly practical robotics must make the same leap made by cell phones and associated mobile technology.

In 1983 Motorola released the DynaTAC 8000x, costing $3995 and weighing 1.75 lbs the 8000x was the world’s first commercially available portable phone. Capable of up to 30 minutes of use before being recharged for 10 hours the DynaTAC was little more than a status symbol. The thirty three years between the release of the DynaTAC and the release of the iPhone 6s have seen technology evolve beyond all recognition. The iPhone 6s has 58 times more processing power, (115 vs 2 GFlops) and 64 times as much RAM, (2GB vs 128MB) than the 1989 CRAY-2 supercomputer. The iPhone is capable of capturing and transmitting high resolution photos and 4K video over both mobile and WiFi networks. It is capable of determining its location on earth to a few meters and with its Android brothers has become ubiquitous in modern society an ever-present reminder of our need to remain connected. By January 2014 90 percent of American adults have a cell phone and as of October 2014 64 percent of American Adults use a smart phone.

The technology which has allowed the smartphone to make the leap from yuppie status symbol to omnipresent personal connected computer is also the foundation for the rise of intelligent, practical robotics. The same cheap powerful processors which drive smartphone are capable of allowing robots to begin to acquire intelligence. The same sensors which allow smart phones to sense movement can be used to allow robots to begin to sense their environment. The same cameras which allow smartphones to capture videos of cats in incredible Ultra HD can allow robots to visualize their world and the same communication technology used by smartphones to distribute those cat videos world-wide can be used to allow robots to better interact with us and each other.

In the next year or so Google’s Project Tango will bring 3D sensing and mapping to smartphones. This technology will allow cheap robots to understand their environments in a way that is currently only possible for the most complex and expensive research robots.

Currently companies like Fetch Robotics and BlackDog Robotics are developing the next generation of robots which are beginning to acquire the capabilities that will allow them to make the leap into logistics, hospitality retail, law enforcement and eventually the home. These capabilities arising directly from smartphone technology provide robots with the potential to better understand their environment, process information quickly enough to act autonomously or semi-autonomously and to communicate large amounts of information more widely and more quickly.

Robotic technology is on the cusp of a revolution, technology is coalescing to allow robots to acquire capabilities. This allow them to make the leap from the research lab to every home and business; robots that understand their environment, that are capable of learning how to deal with the unexpected and are able to complete complex tasks unsupervised or at least lightly supervised. Robots with practical artificial intelligence are becoming possible although this does not mean that any of these robots would trouble a Turing test. The ability to function in even a mildly chaotic environment requires a degree of intelligence and at least for now that should not mean the end of mankind. 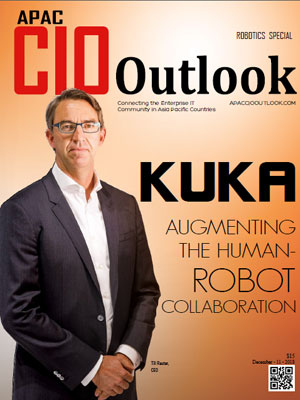 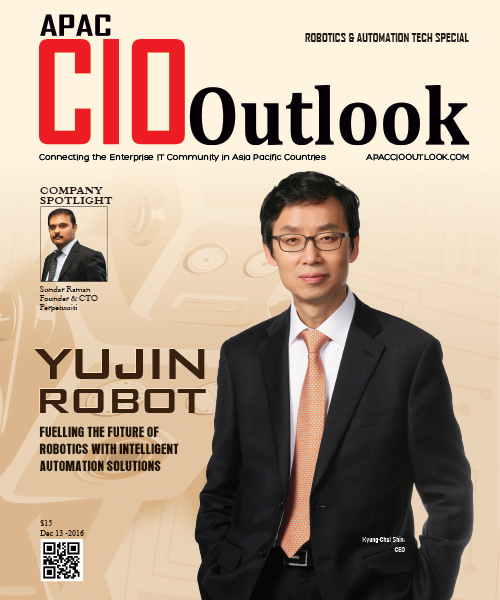 The 4Ps of Digital Transformation in Pharmaceutical Industry

How ECM is Revolutionizing Organizations

Increased Growth in Cloud Based Development

Impact of Technological Evolution on the Enterprise Communications Arena